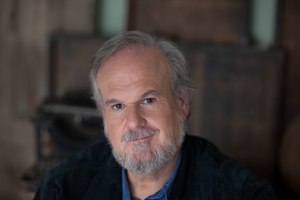 What does the term folk music mean today? What connects the blues guitarist to the Irish fiddler, the urban songwriter to the Cajun band, the folk-rocker to the cowboy singer? How were folk songs used in the lives of ordinary people, from work to romance, politics, birth, death, and the changing seasons? What secrets are hidden in some of our best-loved songs? And how did all this become the folk music we know today? Alarik guides us on a vibrant journey down the tributaries of tradition, to reveal how they shaped our modern music.

The Roots of Songwriting

Songs were always created by writers who sang, but the idea of the singer-songwriter is fairly new. How did it evolve? Alarik looks at how folk songs existed in people’s lives, and how that led to the rise of professional songwriting, from madrigals to broadsides to the popular songs of Robert Burns and Stephen Foster. Then he follows the faster currents of the music industry, charting how that led to the birth of modern pop, country, and folk. Along the way, he asks what makes a song last, how lyrics are different than poems, how tools like imagery, alliteration and metaphor evolved, and what the greatest songwriters say about the songwriting process

Is folk music political? That's certainly the impression left by the ‘60s, when folk music and progressive politics seemed to be the twin engines of social change. But what do the old songs tell us? Is there a longer history of politics in folk music? Alarik follows the trail from16th-century populist ballads to the coded language of slave spirituals, the “singing strikes” of the labor movement to the songwriters of today. What binds politics to folk music? Is it stitched within the most ancient fabric of folk tradition – or is it a product of the modern imagination?

In his award-winning novel, Revival, writer-musician Alarik created a vivid portrait of the modern folk world, which he calls “the most musical thing I’ve ever done.” With a mix of songs and stories, he shares the challenge of turning music into prose, exploring the meaning of tradition in the 21st century, the intimate process of songwriting, the grueling work of recording an album, and the mystical ways music moves us.

Was Burns really the original folk singer-songwriter? Alarik travels through the life, times, and art of Burns to find out what he really meant when he dubbed himself Scotland’s Bard.

“This is the BEST class I have taken!” student, Cambridge Center for Adult Education