A Visit With Dar Williams: Of politics & sensible shoes 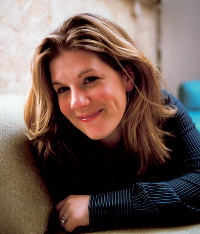 Dar Williams' new album, "My Better Self, is at once her most personal and most political album. It also displays her most confident and lyrically mature writing. Alongside eloquent flashes of populist anger, there are love songs and intimate meditations that shimmer with enlightened contentment about her imperfect place in an imperfect world. That may reflect changes in her own life. She is married, and last year gave birth to a son.

So what is your better self?
My better self is a less planned self, a less intentional self. When I was pregnant I was talking to a friend about the fact that I wouldn't have time to be neurotic about whether or not I was a good mother, and that it would be really selfish to get neurotic about that. Luckily, I've lived long enough that getting neurotic isn't my first impulse, anyway. That's my better self, I think.
There's a moment you realize there's things about you that ain't gonna change. Then you are working with what you have, as opposed to always trying to change yourself into something you don't have. It's the luxury of getting over yourself - that's my better self.

There have always been political shadings in your personal ballads, but you seem more explicitly topical this time. Is that a change in you or the times?
Another reason "My Better Self" turned out to be a good title is that it seemed like I was putting more things out on the table this time, in ways that were probably less self-conscious. It was like I'd taken some of the filters out. The personal songs kind of state their purpose up front, and so do the political ones. It doesn't take so long to figure out which is which, and I don't try to disguise one within the other as much, even though I see such a relationship between the two. There's a very fluid relationship between the inner and outer in my life. But there's no mistaking the difference between my song tracing the history of conquest, and the personal history of having a baby.
Also, it's a temperature reading of where I'm at in the world, and this is a more political time. That's what I try to do with all my albums. It wasn't my first impulse to write more political songs, but if you're taking a temperature reading, you find yourself writing about Christian teenagers, empire building at the expense of your civilization, and 'Beautiful Enemy,' where you're looking at the city-state of yourself, and realize this is a good time to look at our personal need for conquest, competition, and revenge. The times call out for you to recognize your personal context in a more political way. There's something so wrong with our government now, and it makes me so furious, it would have seemed strange to have written this album in a vacuum that didn't recognize that.

How has becoming a mother affected your songwriting?
I don't think it has at all, except that it's made me a little more organized, because I have to write on the babysitter's schedule. When I'm following him around, things kind of ferment in my head; but when it comes down to the hours when my hands are free, I found I was able to fit into structures of writing more than I thought, which was actually kind of a helpful way to guide my day. So [laughter], I mean, I love him, and I'm sure there's very wonderful, invisible ways he's affecting my life; but I would say, as an artist, I recognize his presence the most as an organizing principle. Poor little dude.

You can still write so acutely about the adolescent experience. How do you stay in touch with that?
I guess I just can't get over it. I don't know why that is, but I think it's interesting. When you're pregnant, it's like being the antithesis of a teenager. Like, things are cool; they just flow, do what you do. It's all sensible shoes and adjusting your life to fit what gives you the least back pain. And hormonally, it's a time when you feel a lot of love for the things around you, as opposed to a drive to get the world's approval. So I sensed that as a contrast to how I felt as a teenager, and I felt a bit of nostalgia for being that teenager who faulted herself for wanting love and approval and standing ovations. You know, I sort of missed that kind of insecure longing. It is the human condition; it makes you feel like you're alive.
Now that I'm married, and I have a kiddo, I look differently at how people complicate their lives. I'm sure I used to think, 'Well, a little therapy will fix that.' Now I think, 'No, no, that's the whole enchilada, that's life.' There's something very fun and exciting about twisting ourselves up in knots, or creating dramas that don't have to be there, or hating your size, even though we say about those things, "Bad, bad, you should be more self-accepting." I'm more interested now in how that ain't gonna happen, so what do we do with that? It's kind of like, those things are kind of fun and groovy and what makes the world turn round. And you find real personal strength in that, because that's real self-acceptance.
Originally appeared in The Boston Globe